The last we had heard of MG’s E-Motion concept was at the Shanghai motor show in 2017, which is where the all-electric 4-seat sports coupé had been revealed. Plans to put it into production had been pushed back to 2021. Now, patent images have surfaced online, showing what the production-spec MG E-Motion concept would look like. 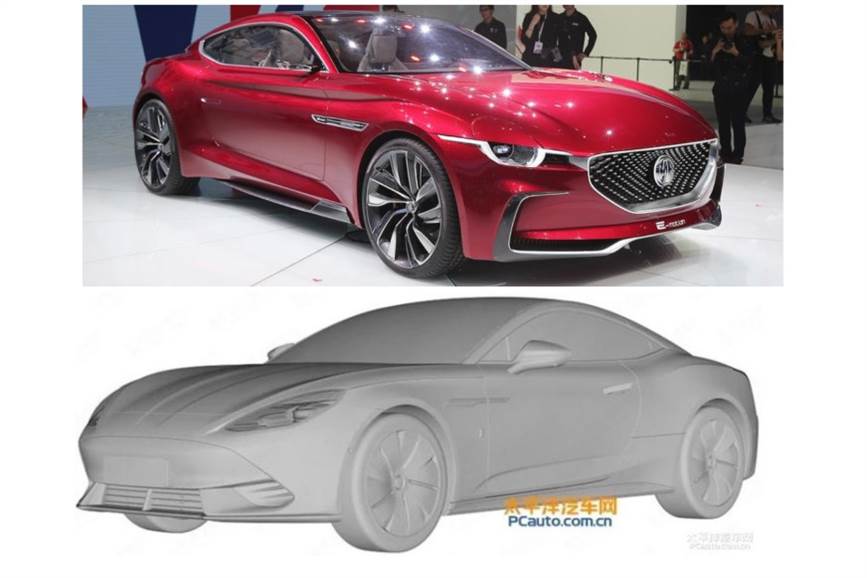 The exterior images show that the production car will look quite different from the concept on which it is based. The headlights are larger and swept back on a more tapering bonnet; the D-shaped grille and the exaggerated fog light-mount seen on the concept seem to have been toned down as well. 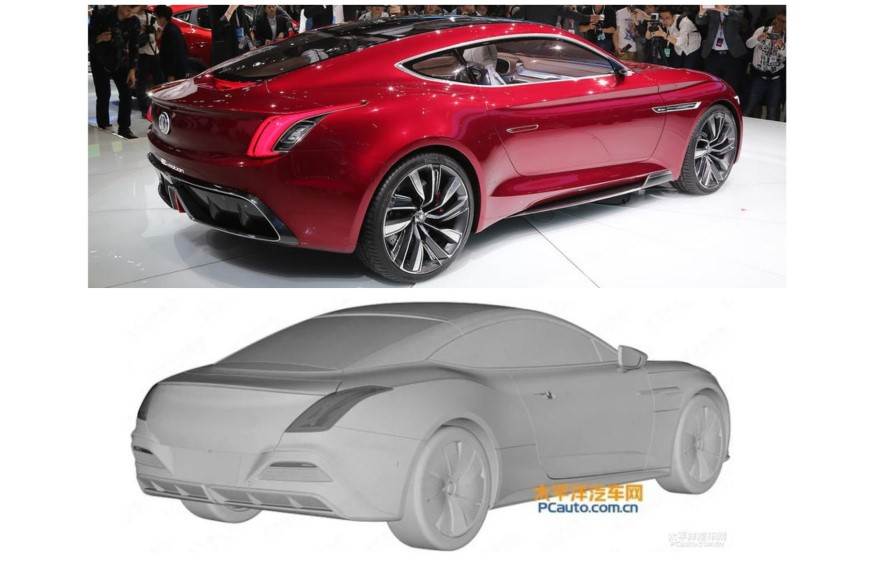 From the sides of the production-spec model, it can be seen that the front and rear end taper downwards. However, the shoulder line is similar over the haunches. At the rear, there are a few similarities, such as the vertically mounted tail-light units. Changes to the production model include the toned down rear diffuser and lip spoiler, along with the larger tailgate.

While the images don’t confirm the presence of the butterfly doors seen on the E-Motion concept (they’re unlikely in any case), they do show that there will be a large and all-digital instrument cluster, a head-up display on the windscreen and a massive touch-based infotainment display; connected-car tech will definitely be present. The patent images show the model’s 4-seat layout, along with a six-way power-adjustable driver’s seat.

In terms of its powertrain, all we know is that the concept had an in-house-developed, all-electric setup. The concept was claimed to do the 0-100kph sprint in less than 4sec and go over 500km on a single charge.

If the patents do indicate that a production model is close, it’ll be MG Motor’s first all-electric sportscar. The production-spec E-Motion will join the MG ZS EV in the brand’s EV portfolio; the eSUV is already on sale in multiple markets.